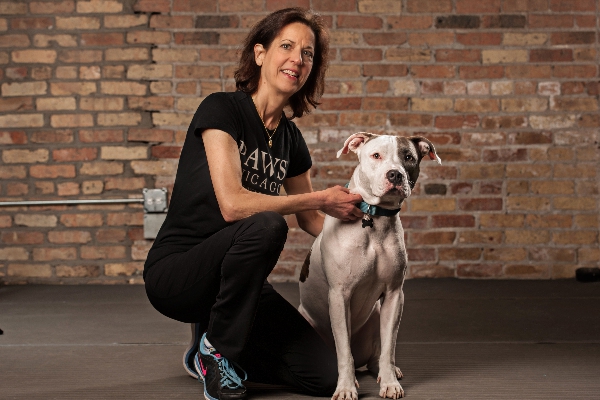 A Little Bit About Joan

“Every dog I train teaches me something new about canine behavior."

For the past 27 years, Joan Harris has helped people develop healthy and happy relationships with their dogs.

Joan began training dogs after she adopted Hans, her first rescue German shepherd. She entered the competition world with her next seven German shepherds and earned titles in obedience, tracking and protection training.

The results she saw from clicker training led her to the prestigious Karen Pryor Academy, where she gained a solid knowledge of the science that governs learning. This gave her additional skills in both training dogs and teaching her students to train their dogs. Joan feels that force-free training using positive reinforcement creates a lasting bond—and fantastic results.

Joan volunteered at PAWS Chicago for seven years. Through that work, she developed an interest in helping people find ways to correct their dogs’ behavioral issues.

In 2014, she officially joined the PAWS Chicago team as Director of Canine Training & Behavior. In this role, Joan oversees the mental health and behavior of PAWS dogs from the moment they come through our doors through adoption and often even during the transition home. She also coordinates the training program’s volunteers and manages Training Center classes.

Joan has been teaching agility for 15 years. Besides offering physical exercise, it teaches off-leash communication between dog and handler. She discovered K9 Nosework eight years ago and is continually fascinated by how quickly a dog can learn to use his natural sniffing and hunting instincts. With a well-rounded perspective on dog activity, Joan keeps her classes fun and challenging.

What Joan teaches at PAWS Chicago: All levels of obedience, agility and K9 nosework.

Joan’s dogs: Over the past 20 years, Joan competed with seven of her German shepherds in Shutzhund, a dog sport developed in Germany that involves tracking, obedience and protection work. Drago was also her partner in agility and K9 Nosework until his passing in December 2014.

Fun Fact: When she’s not training dogs, Joan can usually be found stretching on her yoga mat or trying out a new recipe in the kitchen. 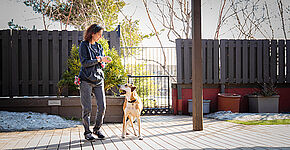