Control the birthrate of unwanted animals

PAWS Chicago was founded to build No Kill communities—starting with a No Kill Chicago. Controlling the birthrate of unwanted dogs and cats is the single most important component in accomplishing this mission.

A puppy or kitten can have her first litter when she is six months old. The gestation period is just over two months long, and each litter has multiple puppies or kittens.

Without spaying or neutering dogs and cats, it’s easy to see how so many end up in shelters—or worse.

In 2000, we began operating PAWS Chicago’s Lurie Clinic, the city’s first high-volume, free, and low-cost clinic. The Lurie Clinic is located in Little Village, which is the most densely populated neighborhood of the city. Little Village is also home to the highest grossing shopping and tax revenue hub in the city after Michigan Avenue. However, this area has no full-service veterinarian and is rated high on the Chicago Hardship index. The Lurie Clinic provides much-needed care to pets in this bustling but under-resourced community.

In 2011, we deployed the GusMobile Spay/Neuter Van to go directly into neighborhoods throughout Chicago where access to veterinary services is limited even though demand is high.

In 2014, we launched the PAWS for Life Community Outreach program, an extension of the Lurie Clinic. This program brings animal care door-to-door in communities where a lack of resources has led to an overabundance of pets. 70 percent of animals in these areas were not acquired on purpose but in response to the need of a pet. Through Community Outreach, we’re able to dive deeper and help animals who would otherwise never see a veterinarian.

The Proof Is in the Numbers

PAWS Chicago was founded in 1997. That year, 42,561 animals in Chicago were euthanized. Since then, we have seen an incredible decrease in the number of pets killed. We attribute much of this decrease to the success of spay/neuter services and education, which lowered the number of animals entering the shelter system.

There are still thousands of homeless pets killed annually in Chicago and thousands more in surrounding communities.

We’re working to be even more effective with our spay/neuter services. Every year, we conduct thorough analysis of:

Through this analysis, we are able to determine which ZIP codes are most in need of spay/neuter. This enables us to evaluate our Targeted ZIP Codes eligible for subsidized surgeries and adjust each year.

Check out our Spay/Neuter FAQs or Email clinic@pawschicago.org 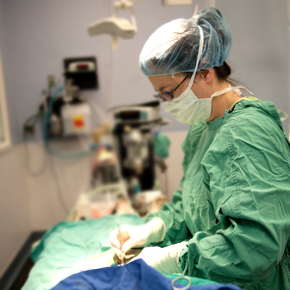 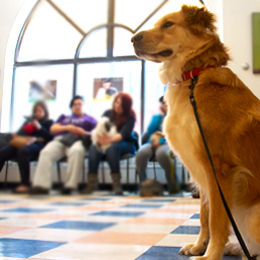 See our Clinic Services and find out if you qualify for free spay/neuter.