Dogs were likely the first animal to be domesticated--somewhere between 15,000 and 40,000 years ago.

Experts like Dr. Brian Hare, Ph.D., assistant professor of evolutionary anthropology at the Duke Canine Cognition Lab, believe it is likely that dogs adopted us—or at least evolved to get along with us.

“If you’re going to be a wolf feeding out of human trash, you had better be a wolf that’s not so anxious, not so fearful and not expending a lot of energy running away from humans,” Hare says.

“You had better not be a wolf that’s aggressive toward humans. Otherwise the humans are going to kill you. So you have selection against aggression and for lower anxiety in wolves. And you end up with dogs.”

According to Hare, only two species have adapted to human culture—humans and dogs. However, while dogs have learned to operate in human society, humans haven’t necessarily been adept at understanding dogs.

That human-canine dynamic suggests we’re too quick to interpret dog behavior in terms of human behavior. A dog’s view of the world, though, isn’t our view. It’s not a scary thing to realize that dogs “actually aren’t little humans,” Hare says. “It’s exciting, because they’re not identical to us. They have different minds. And the fact that they have these different minds, but they still can manage to get along with us and be incredibly successful is remarkable.”

Read more from “Why Dogs Love Us” by Robert J. Bliwise, 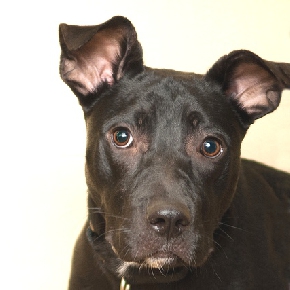 A Guide for Bringing Home a New Dog