When is No Kill Truly No Kill? 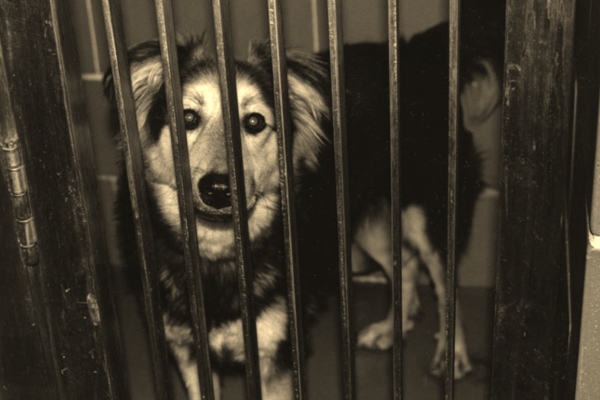 The No Kill model of animal sheltering – where euthanasia is reserved only for those dogs who are vicious and pose a threat to the public or those cats and dogs who are irremediably suffering, in which medical treatment cannot alleviate their condition – is gaining acceptance and saving more animal lives in shelters around the world. However, the meaning of the term “No Kill” is often intentionally misused by some shelters, enabling them to mislead the public with inaccurate kill and save rates. Before making the decision to adopt from or donate to an animal shelter, the key is to truly know how your local shelter defines No Kill.

It is an exciting time for the No Kill movement. Thanks to organizations like PAWS Chicago, the movement has completely altered the landscape in America and its impact can be felt in all corners of the country. In fact, it can be felt all over the world, as communities across the globe are embracing it as well. And that means more and more animals are being saved.

It seems everywhere one turns; there is yet another reason to celebrate. The city of Austin, Texas recently embraced No Kill in a unanimous vote by the City Council. The State of Delaware passed shelter reform legislation that puts them on the path toward No Kill, also unanimously. A Kentucky community recently celebrated its second No Kill year. A Canadian community reduced killing by 70%. A New Zealand animal control shelter finished the year with a 96% rate of lifesaving. Another in Australia surpasses even that. Unthinkable, a few short years ago. And it is now happening all the time, all over the world.

When truly caring learn about the promise of the No Kill philosophy, it gives them hope. When shelters follow the model it advocates, they achieve success. The lives saved rather than killed in places as diverse as California, New York, Virginia, Kentucky, Indiana, Nevada, Minnesota, Kansas, and elsewhere are a living testament to the power of the No Kill philosophy, and the compassion of most people.

Unfortunately, not everyone shares those values. Pressured by their constituents, pressured by taxpayers, and pressured by a growing army of compassionate animal activists which are calling for an end to the killing, some shelters are responding by embracing the language of No Kill, but not the actual programs and services which save lives. In other words, they are claiming that they are “No Kill” even as they continue to kill large numbers of animals. To do that, they are claiming that all the animals they do kill are “unadoptable.”

This allows them to defray criticism, without doing the hard but noble work of saving all the lives at risk. Because to the public, “unadoptable” implies a common sense definition of the word–a dog or cat who is hopelessly sick or injured or, in the case of dogs, who may be vicious and therefore poses a real and immediate threat to public safety. That is what many of these shelters expect the public to believe: that they are, in fact, already meeting the dictionary definition of euthanasia (“the act or practice of killing hopelessly sick or injured individual animals in a relatively painless way for reasons of mercy”) when they call a dog or cat “unadoptable.” But that is not the criteria they are using to make those determinations.

As a result, while shelters claim they are saving “all adoptable animals,” they are still killing as they have always done but only after unfairly labeling the animals “unadoptable.” In Los Angeles, for example, an animal shelter was claiming to be saving almost all “adoptable” animals even while it was killing half the dogs and 80% of all cats. A shelter does not achieve No Kill by calling animals “unadoptable” before killing them; it achieves No Kill by actually saving their lives.

So given that more and more shelters are using the No Kill terminology, how can an animal lover be sure they are supporting the organizations that truly reflect their values? How can you be sure that the animal you rescued off the street is going to the right place? How can you know whether shelters are truly doing all they can to save the life of animals? The answer is the “90% Rule.”

Based on dog bite extrapolation data and the results of the best performing shelters in the country, we know that over 90 percent of animals entering shelters are savable. The most successful communities across the world save between 92 percent and 97 percent of animals. Indeed, one shelter in New Zealand is on pace for a stunning 99 percent save rate this year. The good news is that this result occurs even in shelters which are “open admission,” meaning they are the animal control agency in their community. A municipal shelter in Nevada is saving 95% of all animals, even with a per capita intake rate that is four times the rate of Los Angeles, seven times the rate of New York City, and over twice the national average.

But, like all things, it isn’t an exercise in simplicity. It requires more than simply asking “What is your save rate?” and then waiting for the answer. We need to know that the answer encompasses all animals. Like Los Angeles, if the answer is only those animals they consider “adoptable,” we are being misled. To be a true No Kill shelter, the 90% save rate must be based on all animals entering the shelter, each and every one: the “cute and cuddlies” and even the “old and uglies.”

Because if you share the No Kill philosophy, if you believe in the sanctity of life, if you think being beautiful on the inside also makes you beautiful on the outside (and what animal isn’t?), they are all cute and cuddly, regardless of their age or infirmary, and they all should be counted. In fact, what some traditional shelters might see as a lack of objective beauty in some animals is only a poor reflection of their own lack of compassion.

That animal can be loved and cherished and desperately missed by the family out looking for him or her or by the next family that walks in looking for a new best friend. That is what makes the No Kill philosophy so beautiful. It doesn’t matter if the animals are old, blind, deaf, missing limbs, or traumatized. All of these animals are worthy of our compassion, all of them can find homes, and all of them deserve to. But that requires shelters truly dedicated to that task.

Americans are crazy about their pets. We spend $50 billion each year on their care and comfort. And we give hundreds of millions more to animal related charities in need. We deserve shelters that reflect, rather than thwart, our values. And that means we deserve a No Kill nation, both in name and in deed. Is your shelter up to the task?