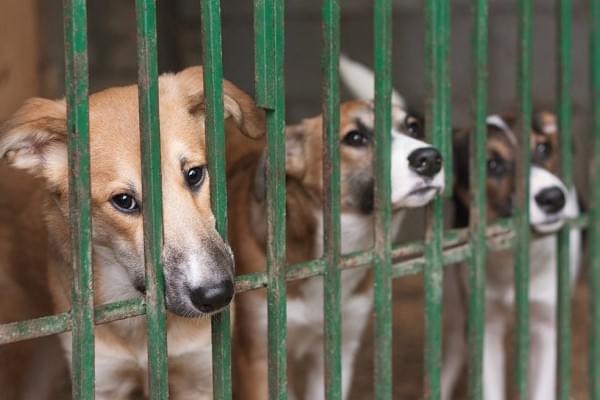 HB 1711, the Humane Pet Store Bill, has passed with 38 votes! Now that it’s been voted out of both the Illinois House and Senate, it’s on its way to Governor Pritzker’s desk to be signed into law. Thanks to all who helped voice their support of this bill and the senators and representatives who championed this cause, puppy mill breeders can no longer rely on selling the animals born in their care for profit in Illinois pet stores.

Contact Governor Pritzker’s office to voice your support of the bill.

We are happy to report that HB 1711, the Humane Pet Store Bill, passed the Senate Agriculture Committee 12-1 yesterday, which means it is now before the entire Senate for a vote at any time.  Your help is urgently needed.  Please contact your State Senator today to support HB 1711!

As your constituent I urge you to support HB 1711 to prohibit the sale of puppy mill puppies and kittens in pet stores.

HB 1711 will drive the pet market in Illinois towards more humane sources like shelters, rescues and responsible breeders. It will protect mother dogs and puppies from the puppy mill pipeline and prevent consumers from being duped into supporting cruel puppy mills and ending up with sick puppies.

Chicago just passed Ordinance 2827 to close the puppy mill loophole, an incredible win for innocent animals! The passage of HB 1711 would extend these protections to animals statewide.

Right now, HB 1711 is in the Illinois Senate, about to be assigned to a committee where it will be ready for a committee hearing. You can directly help this bill pass by contacting your senator to support or cosponsor HB 1711, and make Illinois the 5th state to make history for homeless pets. Find your Senator and their contact information.

Related: Read how you can support SB 0153 and the effort to strengthen protections in animal cruelty cases in Illinois.

We are thrilled to report that HB 1711 passed out of the Illinois Consumer Protection Committee with a 5-1 vote, which means it’s now headed to the floor of the Illinois House of Representatives.

HB 1711 joins another animal welfare bill on the House floor called HB 572, which will prohibit third party financing for dogs and cats purchased in pet stores and will protect consumers from high interest rates. Both bills are before the House of Representatives and will be voted on in the coming weeks.

Your help is needed for these bills to pass the next stage in the legislative process. Please contact your Illinois Representative to urge them to support and co-sponsor HB 1711 and HB 572 by using the suggested script below. Find your Representative and their contact information.

As your constituent I urge you to support HB 1711 and HB 572 to prohibit the sale of puppy mill puppies and kittens in pet stores and the financing of dogs and cats by all pet dealers.

HB 1711 will drive the pet market in Illinois towards more humane sources like shelters, rescues and responsible breeders. It will protect mother dogs and puppies from the puppy mill pipeline and prevent consumers from being duped into supporting cruel puppy mills and ending up with sick puppies.

HB 572 will protect consumers from buying a puppy from a pet store or other unscrupulous dealers for thousands of dollars with promises of low interest financing only to be passed off to third party lenders with interest rates up to 188%.

On Monday, March 15, the Illinois Consumer Protection Committee will vote on HB 1711, a bill that will ban puppy mill sales in pet stores statewide, thereby protecting innocent animals who have survived inhumane treatment for profit.

The 2014 Chicago Pet Store Ordinance (Ordinance 2827) was the first step in protecting animals within city-limits, but a loophole in the ordinance allowed three pet stores to exploit the law. In January 2021, PAWS Chicago showed our support for an amendment to close this loophole, but the amendment was put on hold by the city council. HB 1711 would not only close the loophole, but it will also extend protections statewide.

Passage of this bill means dogs and cats for sale in pet stores must be obtained from a credible animal shelter or animal control facility. That means statewide protection for innocent animals who have endured cruel conditions at the hands of puppy mills.

The road to passing HB 1711 is just beginning. The bill will first be up for vote in the Illinois House Consumer Protection Committee. If it passes the vote on Monday, it will advance to the full House of Representatives, then Senate Committee, the Senate Floor, and ultimately will land on Governor Pritzker’s desk to be signed into law.

Right now, your support can impact the outcome of the vote that will protect innocent animals in Illinois.

If you live in Illinois, please sign a Witness Slip to show your support of HB 1711 before Monday, March 15 at 3pm. By making your voice heard, you will stand up for the humane treatment of animals and promise them a better tomorrow.

Click here to fill out your Witness Slip form.

Part I: Fill in your information. Enter "Self" for the Firm/Business or Agency and Title fields.