A proposed law would cause shelters to work harder to save more animals by stopping shelters from hiding or misrepresenting their animals’ fates. 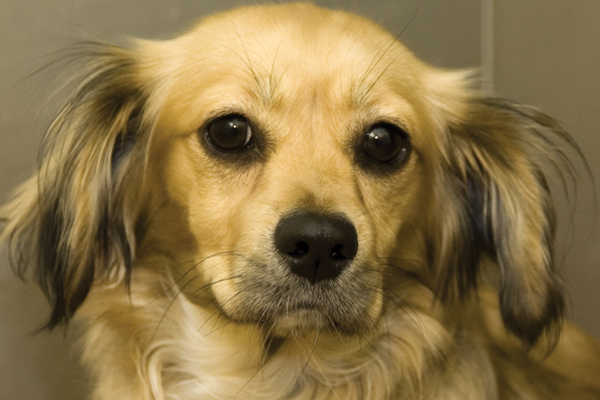 If you took the time, effort and expense to surrender your beloved pet to a traditional shelter to make sure that the pet would find a new home, and you were promised there was “no time limit” on how long the dog or cat could stay, or that the shelter would use its “best efforts” to place the pet, you can be assured that your dog or cat did not wind up in the shelter freezer, black garbage bag or incinerator.

You cannot be certain that your surrendered dog or cat was in fact adopted and did not wind up as one of the 4 million annual euthanasia deaths, due to the shocking lack of transparency in the traditional animal shelter industry. As the public increasingly demands better outcomes for shelter animals, some shelters work harder and implement improved programs to achieve better results for the animals. Other shelters, work even harder to conceal the truth.

The public’s escalating vocal compassion has raised shelter awareness, and sometimes shelter efforts, to reduce the killing. A handful but growing number of truly progressive shelters, working together with varying combinations of volunteers, rescue groups, spay/ neuter veterinarians, donors, media and compassionate politicians and community leaders, now reserve euthanasia only for the truly gravely ill or incorrigible animal. These modern shelters never use euthanasia to control the pet population in the shelter and will never kill a pet that is or can be made adoptable. Shelters such as PAWS Chicago, which has successfully implemented the principles of No Kill, has been able to increase the save rate of its pet population to 97%.

However, the same public demands to eliminate euthanasia as a means of controlling the pet overpopulation has motivated many traditional shelters to create the outward appearance of No Kill, even though they continue the practice of euthanasia to cull their population of adoptable and treatable pets.

Shelter directors who continue their massive killing of animals do so to hide that fact from their employers, the general public, municipal leaders and shelter donors. Indeed, the non-profit status of many of the traditional shelters does not prevent them from taking in millions of dollars in donations and fees. Shelters that continue the excessive killing would no doubt see their share of donations plummet if donors knew the truth. Those running the failing shelters hide the truth through statistical half truths, the misuse of temperament tests and even false representations.

Why Accurate Disclosure Is Crucial For Meaningful Reform

Many if not most of the traditional shelters do not disclose to the public the extent of their killing, or even that they are kill shelters – where euthanasia is routinely employed to kill animals that are otherwise adoptable or could be made adoptable with reasonable efforts.

What happens when a shelter withholds such basic and material information from the public?

• Donors are misled into believing that the money they donate is funding progressive programs that no longer use euthanasia as a means to control the pet population in the shelter. Thus, the donated funds not only continue to make euthanasia highly profitable but are diverted from progressive shelters and programs that truly save the lives of animals.

• Guardians are misled into believing the family pet they surrender will be adopted into a loving home. The animal is killed instead of being taken where the animal could be saved.

• Shelter directors who operate kill shelters keep their jobs. They continue to occupy positions of authority, fearing and blocking those with innovative and effective plans from being hired and creating meaningful reforms.

Decisions based on cooked or hidden data often perpetuate the status quo. What programs should be adopted for most effectively applying resources and what programs should be modified or jettisoned? Where are additional resources most needed? Which shelters are most deserving of donations based on their performance? Which shelter directors should be hired or retained and which should be replaced? These important determinations require honest accurate information. The availability of such information is the exception and not the rule.

Circling The Wagons Rather Than Changing With The Times

Given the increasing and justified pressure from the public to reduce the killing, it should surprise no one that the traditional shelters go out of their way to hide the truth of their impounded animals’ outcomes. In addition to false oral representations by shelter personnel that the pet will be placed in a wonderful home, the illusion of saving lives is further carefully crafted with such representations as “there is no time limit for your pet’s stay in our shelter,” “we screen carefully to make sure your pet finds a loving home,” and “we exert our best efforts” to find the animal a home. These statements mask the true nature of the kill shelter’s operations, and that your pet may not find a home and instead will be euthanized.

Many traditional shelters employ temperament tests. At best, these tests were designed to evaluate behavior so that issues can be remedied and to facilitate matching animals with appropriate homes. Yet far too often, temperament tests become an excuse to label animals “unadoptable” and summarily put them to death. For example, the SAFER test was created by Emily Weiss and is one of the most common temperament tests employed by shelters today. According to Emily Weiss’ website, the purpose of this test is to help, “animal welfare professionals all over the country identify potential aggression and opportunities for behavior modification – which ultimately leads to more adoptions through appropriate placement.” This test was not designed to snuff out the life of any animal. Other tests, such as the Sue Sternberg test which includes “food guarding” – taking food away from the shelter animal while he or she is eating to determine if the animal has any “aggressive” tendencies – have been subject to intense criticism and their validity, reliability and scientific basis, if any, have been called into serious question.

Further issues of temperament testing reliability and validity include the fact that traditional shelters often employ these tests soon after the animal arrives at the facility when the animal is in unfamiliar and frightening surroundings, having recently been lost or abandoned. In addition, some shelters give temperament tests to animals too young for their personalities to have developed. Even if the tests were otherwise highly accurate in predicting behavior, under these conditions, the results can yield false positives for aggression.

The most heinous aspect of temperament testing from a shelter transparency perspective is that many shelters use them to label animals “unadoptable” and euthanize them on that basis; then, they report to the public their adoption rate for “adoptable” animals only. This effectively excludes from reporting all of the animals who were labeled “unadoptable” and killed. For example, a shelter may report that it saves “97% of adoptable animals,” without disclosing what happened to those labeled “unadoptable,” or what percentage were given the death label. This categorical exclusion from reporting for those labeled “unadoptable” deceptively solidifies the illusion of success and is a fraud on the public paid for with the lives of animals.

As long as traditional shelters are allowed to withhold material information while providing the public with half truths and in some cases outright falsehoods of their operations, donation decisions, budget allocations, program decisions, hiring decisions and decisions where to surrender a pet, will all be handicapped. Worse, when shelters get away with inaccurate reporting and deceiving the public, they are rewarded with misguided donations and guardians who pay relinquishment fees when they surrender their pets. While the public is deceived, the ones that pay the ultimate price are the animals – those surrendered looking for new homes and all the strays a shelter takes in. More dogs and cats will continue to lose their lives if the shelter leaders on whom the animals depend are not held accountable, and are more motivated by the bottom line to hide the truth than correct it.

Currently, the public is simply without the information it needs to make an informed decision when it comes to making a donation to a shelter or where to surrender their pets. What is needed is a Truth in Shelter Law that will require all shelters to disclose publicly the very basic and fundamental facts of their operation including whether they kill pets for other than medical necessity and the rate of euthanasia (as well as the total number of pets taken in, adopted out, transferred to other shelters or medical laboratories).

Without this minimal transparency, it will continue to be impossible for any donor to make an informed decision in making a donation or for any guardian to make a responsible decision where to surrender his or her pet. We already have laws related to non-disclosure and fraudulently reporting when it comes to the sale of securities and personal and real property. Can we do any less for our best friends and still call ourselves a civilized society?

If the reader is interested in helping to pass this long overdue law, the proposed legislation can be viewed at www.truthinshelter.org.

G. David Tenenbaum is a UCLA law school graduate whose practice is dedicated to animal rights. He is a member of the California Bar, has practiced in the Circuit Court of Cook County on a pro hac vice basis and has provided legal advice on cases involving companion animals.