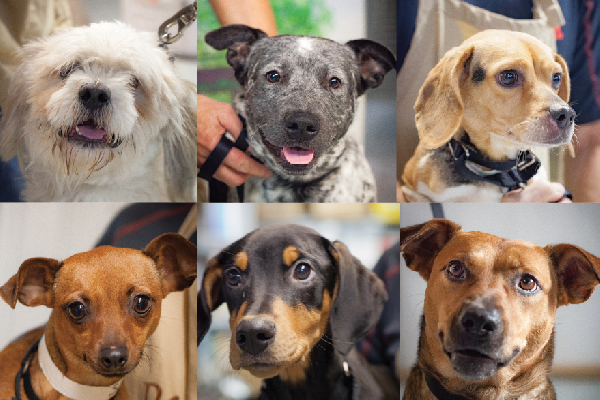 It has been nearly two years since the new strain of the dog flu, or Canine Influenza Virus (CIV), first Struck the Chicago area. While it started in dog boarding and daycare facilities, it is now impacting Chicago Animal Care & Control, the city pound, most severely.

Because of the large populations of animals exposed to one another and a lack of isolation facilities, virtually every dog at the pound has CIV, which means some rescue groups and shelters had to cut down or stop taking in dogs. CIV-exposed animals need to be quarantined for up to 30 days to avoid spreading the virus. All CIV-infected dogs require isolation and some also need advanced medical attention for secondary infections like pneumonia.

The PAWS Chicago Medical Center is the only facility in Chicago equipped to take in a large volume of CIV cases. Since 2015, PAWS has cared for more than 750 animals with CIV and currently has dogs in quarantine with the illness, along with many others in foster homes.Since the new strain of CIV was discovered (H3N2), PAWS has run swabs on 1225 dogs. 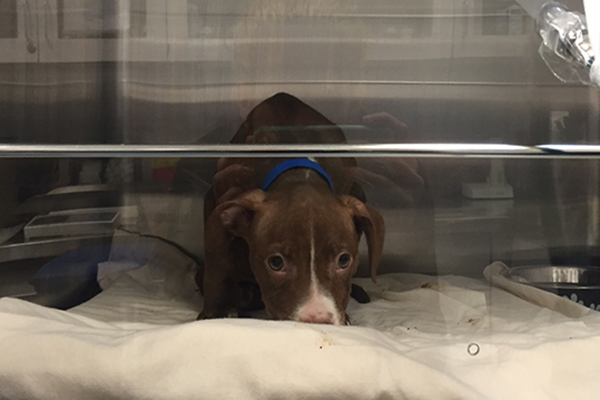 To house and treat the CIV-exposed dogs rescued by PAWS, we incurred nearly $200,000 in unexpected costs. And these heightened costs are continuing as we increase the number of CIV dogs we take in.

By donating, you are helping us take in and save more dogs that may not otherwise survive. 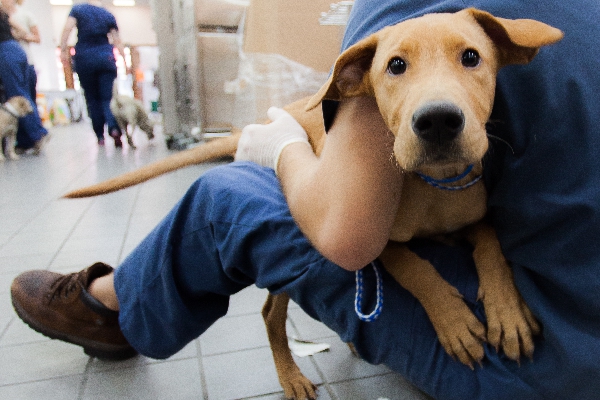 While the CIV crisis hit Chicago particularly hard, it is only one in a long list of infectious diseases that continually impact shelter populations. The limitations of the current Medical Center, particularly isolation space, have created a bottleneck in PAWS’ ability to take in more animals.

In addition to treating sick animals, the Medical Center is the first stop for every pet rescued by PAWS. Each animal is given a complete medical exam, dentistry and spay/neuter surgery.

Dealing with the volume of CIV-positive dogs has brought sharp focus to the need for PAWS Chicago to expand its Medical Center in 2016, with the goal of tripling its capacity to treat animals in need.

“As we get closer to No Kill, we are seeing a larger percentage of homeless cats and dogs who are either sick or injured,” says Paula Fasseas, PAWS Chicago Founder and Chair. Currently, more than 75 percent of incoming animals are treated for a medical condition beyond the standard protocol. The organization is able to save greater than 97 percent of the animals brought into its program, even while taking in a vulnerable population of animals.

But there’s more to be done. “Expanding our capacity to treat sick and injured animals is essential to reaching our goal of building a No Kill Chicago,” Fasseas says. Read more about the Medical Center expansion project >> 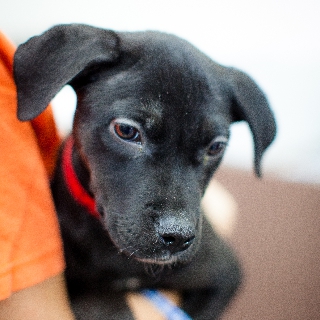 To increase capacity to save more dogs with CIV, PAWS recently launched the Foster First program. Families without dogs are able to foster a dog during the isolation period in order to open space at the Medical Center to save more CIV-infected animals. Once the foster dog is medically cleared, the foster family can adopt the dog. Learn more about out Foster First program >>

H3N2, the particular strain of CIV that was found in Chicago starting in April 2015, has never before been seen in the U.S., making it highly contagious. This strain originated in South Asia, and it's not known how it made its way to the city, but has since spread to at least 24 states.

CIV is a flu, not a life-threatening disease. Dogs with CIV typically have a persistent and lingering cough, fever and runny nose. They may be lethargic, depressed or have a decreased appetite. The virus itself is not a risk, but it can cause secondary infections, like pneumonia, particularly for dogs with weakened immune systems or those who are very young or senior.

Because most dogs have not had any exposure to CIV, they do not have immunity to the disease. This means that many dogs will be susceptible and get sick. A dog can be contagious and shed the virus, which could spread to other dogs, for up to 30 days. CIV is airborne, so direct exposure to other animals must be limited.

While CIV is highly contagious, in most instances dogs improve within a week of showing symptoms. Since antibiotics are not effective against CIV, treatment is primarily care to bolster the immune system and alleviate symptoms, though antibiotics may be prescribed if there is concern of a secondary infection.